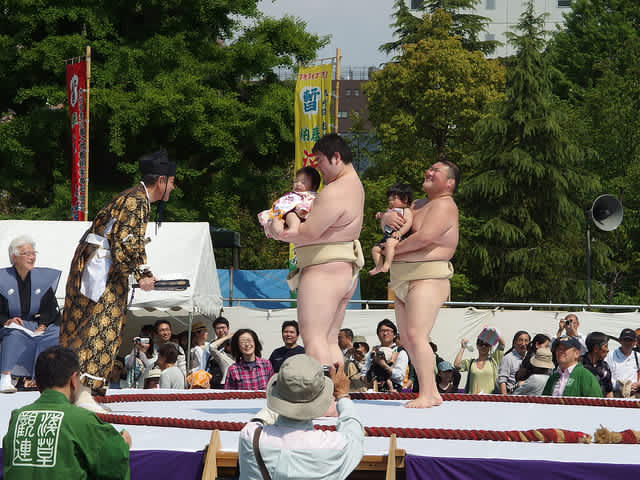 While we all know and love the Japanese for their delicious cuisine, beautiful temples and kimonos, the Japanese are also famous being pretty strange.  Most noteworthy is their crazy festivals, traditions and competitions! These include pitting crying babies against each other and painting faces on their bellies. Recently making the news is even a competition where they break tea tables! Read on to find out some of these whacky traditions and why they exist.

The Naki Sumo Misturi, is one of the most bizarre festivals we’ve heard of. This baby crying competition involves two sumo wrestlers each holding up a baby each. The referee then puts on scary masks in attempts to make the babies cry. The loudest and longest crier is declared the winner. This 400 year old tradition is said to keep the babies in good health!

Usually held in May at the Sensoji Temple in Tokyo, if you’re playing a visit to the city, be sure to check out this strange festival!

If there’s one strange Japanese ritual you’ve heard about or seen on television, it’s probably this one! The Kanamara Matsuri or Festival of the Iron Phallus (more commonly known as the Penis Festival) is definitely a sight to behold.

Dating back to the 1600s, this festival was originally held as a means to guard  against sexually transmitted diseases. Be prepared for phallic hats, puppets, floats, costumes and even lollipops! This is one of the rare moments you’ll see the usually reserved Japanese people go all out on the streets of Kawasaki.

Dancers paint faces onto their chests and stomachs, using the belly button as the mouth of the character. They then proceed to belly dance their way down the streets!

Setsubun is a Japanese holiday celebrated on the eve of the day before Spring begins. The Japanese believe that during this period, demons are likely to appear in the world. Parents throughout Japan will then put on an Oni mask and try to scare their kids. In return, these kids have to throw roasted soybeans to scare the demons away.

While many of us avoid thinking even talking about death, the Japanese have a festival all about it. The Shukatsu Festival in Japan teaches people about the unpredictability of death and teaches them how to prepare for it. This includes lessons of psychological preparation and testing out of coffins. You can even sample makeup and hair options from vendors. If this doesn’t ensure that they will be fully geared for preparing for their death rites, we don’t know what will.

The Paantu festival has been around for centuries, where men dressed up as evil spirits roam the streets of Miyakojima, Okinawa to chase children and adults alike. These men will be covered in mud and foliage and those touched by a paantu will have good fortune for the coming year.

The madness of the Hadaka Matsuri in Okayama sees 9000 men, dressed only in loincloths fighting for 2 sticks. Every year, a priest will throw a pair of lucky sacred sticks into the crowd from a window 4 metres above ground. The crowd then has to fight for these sticks and stick them into a wooden measuring box to receive good luck and happiness for the year.

While most of us might get slapped for screaming out curse words, in Japan, they have a festival that requires you to do just that. The Akutai Matsuri sees 13 priests dressed up as Tengus – mythical demons as they travel up Mount Atago. Along the way, people are encouraged to shout insults at these demons and try to steal their offerings for good luck. Even if you don’t know how to curse in Japanese, you’re welcomed to join in the fun and curse in English!

There is a very strange aspect of Girls’ Day celebrations or Hinamatsuri in Tokyo involving farts. .

As straightforward as it sounds, everyone will get to experience the farts first hand, smell and sound, of beautiful girls. However, be warned that the success of the events is still dependent on the physical conditions of the girls and their abilities to fart. Since event organizers have kept the details of this pretty hush, i guess if you’re curious you’ll have to visit and find out for yourself!

Happening for the 12th year running, the Chabudai-Gaeshi competition is perfect for those looking to vent their anger and destroy some furniture. Participants must shout a phrase of anger, frustration, passion or hope before sending a tea table flying as far as it can go!

There will be an elderly lady dressed in cooking attire who will gently pat the contestant’s shoulder and tell them to stop. That is also the cue for them to shout their heart’s desire and power up to send the table flying. The catch is, there will be a plastic fish placed on the table and the goal is to send the fish as far as possible.

Can’t get enough of the weird and wonderful Japanese culture? Why not drop by the Robot Restaurant in Tokyo, home to flashing lights, dancing robots, giant cobra machines and so much more. Alternatively, the maid cafe is also an truly Japanese experience. Be served hand and foot by ladies dressed in maid outfits. 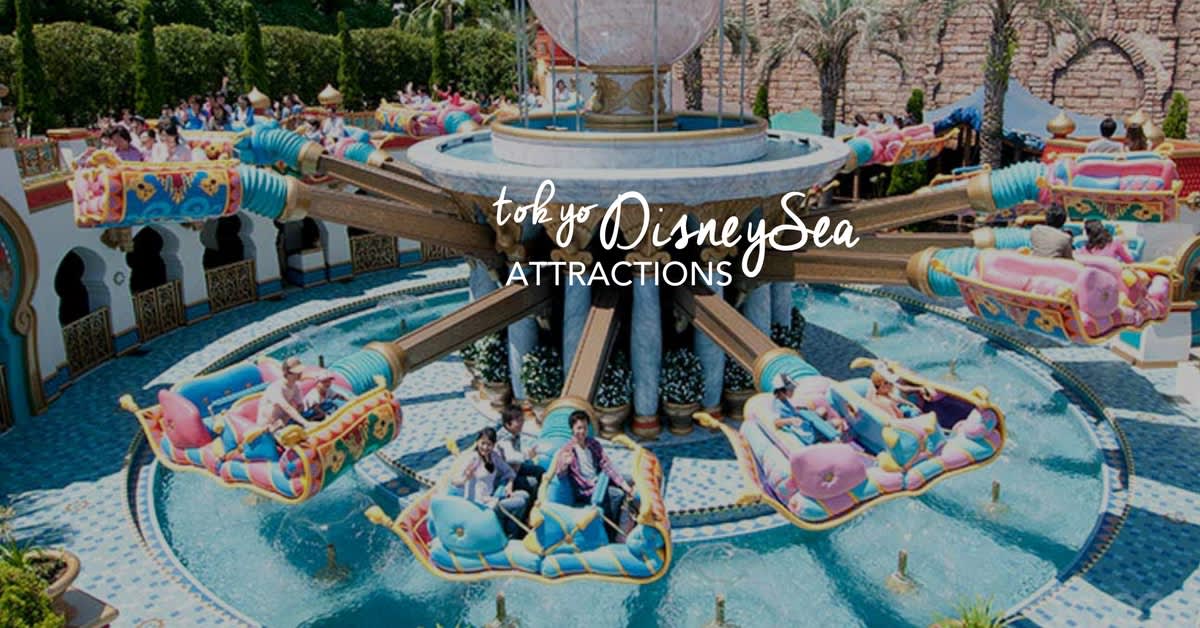 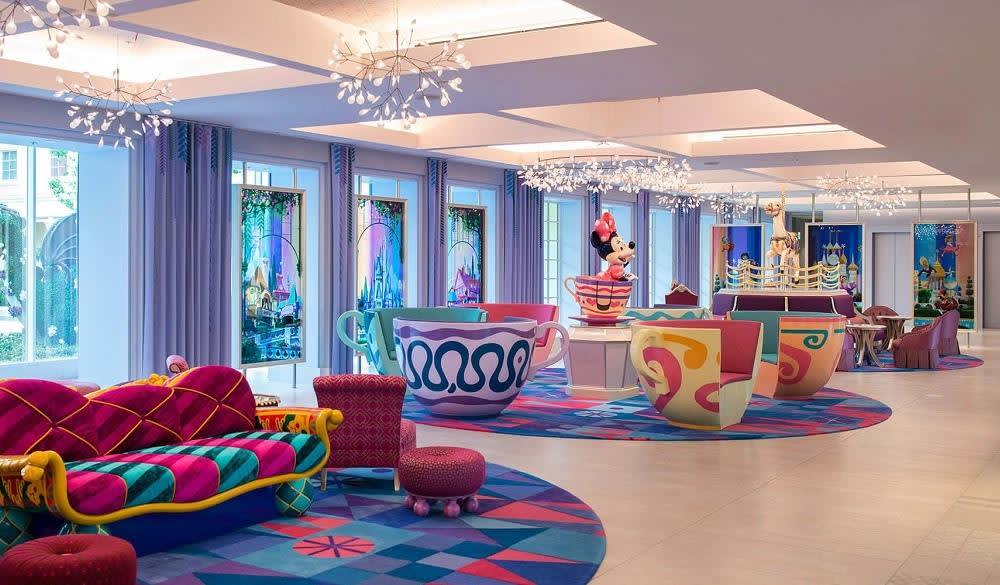 Disney fever!? The Best Places To Stay For An Epic Disney Weekend In Tokyo

How To Use Your Japan Rail Pass: Hokkaido